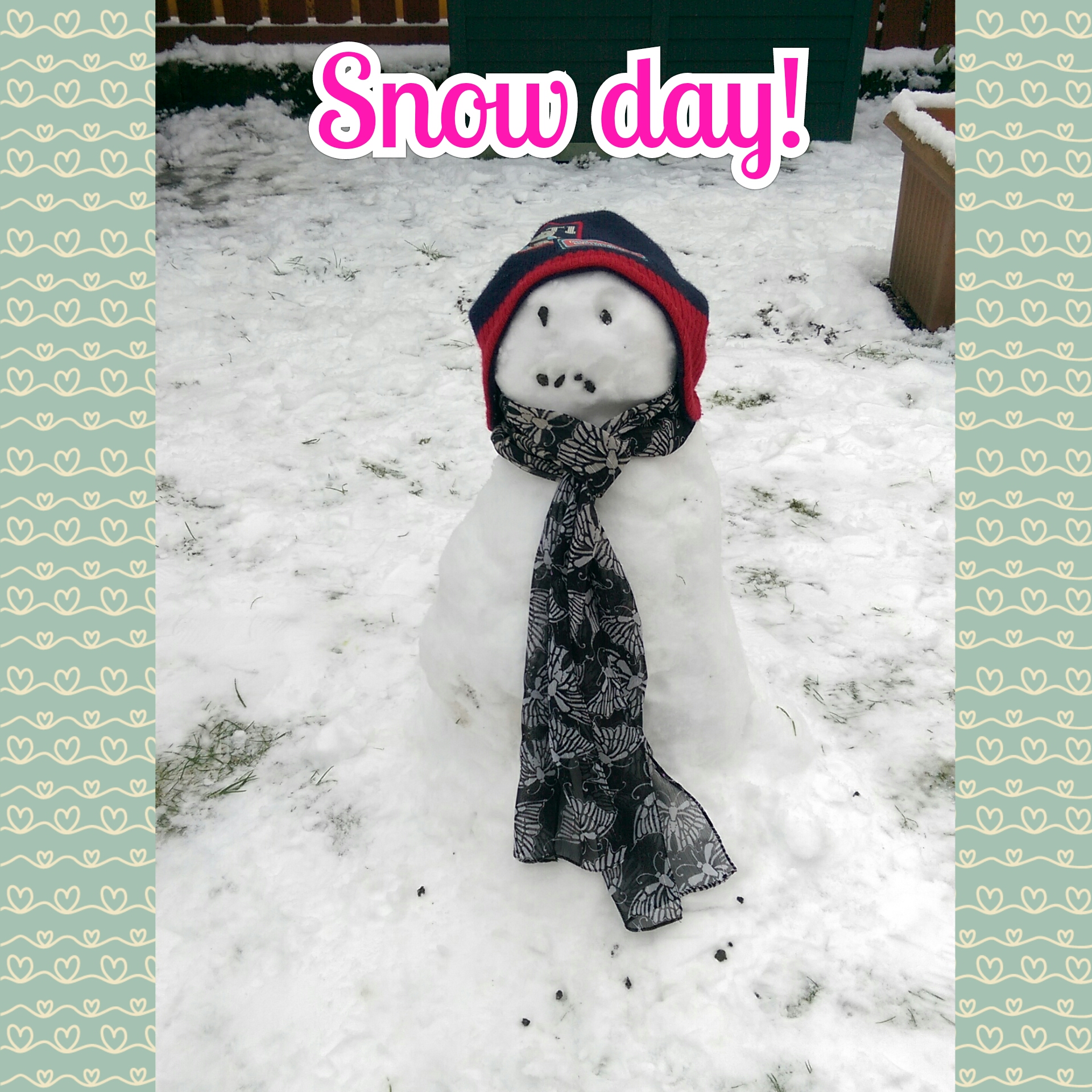 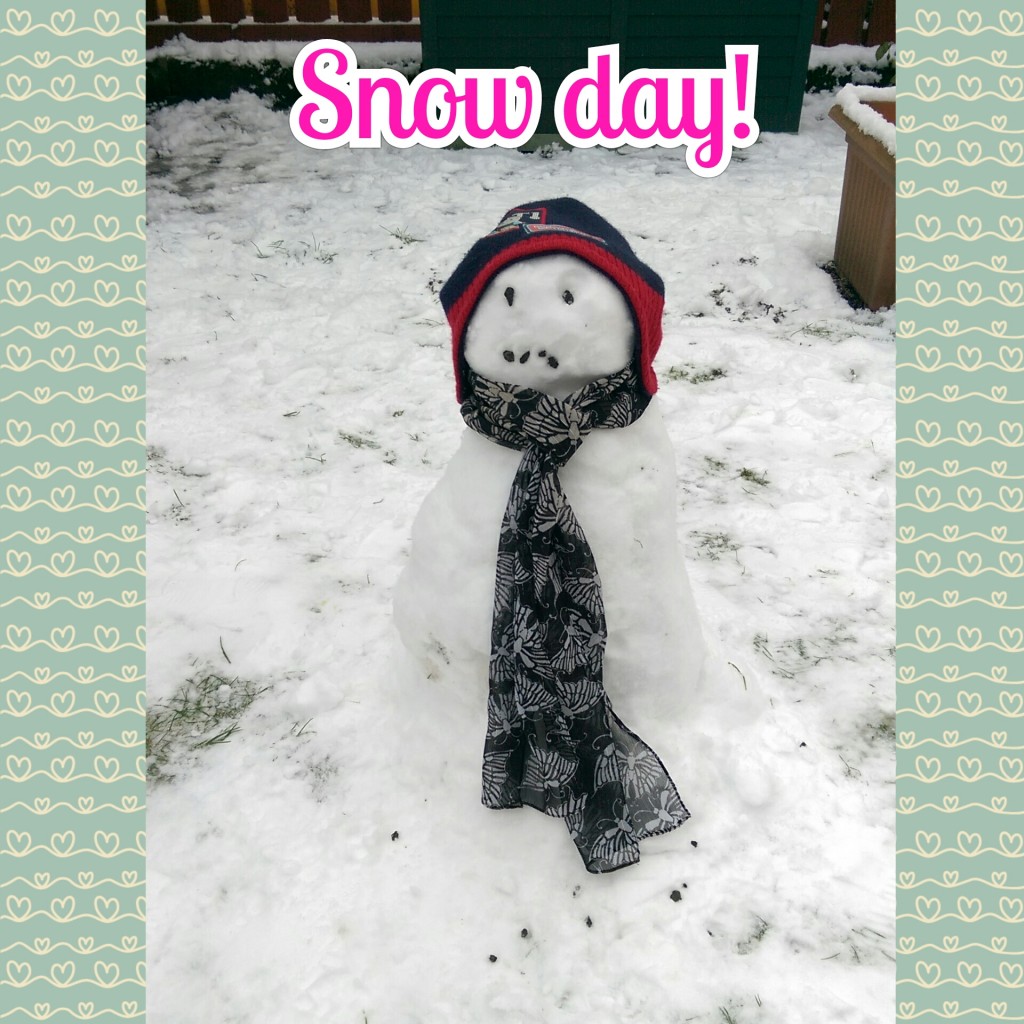 Yay, finally the white stuff has arrived!
When I was over at mums yesterday with the kids we did a little shopping and when we were heading home to her house the snow started. Its just nice big fluffy snow flakes that actually started to lie on the ground.

The kids were going nuts, especially Lucy as she hasn’t really seen it before – only Jack has had the pleasure of playing in the snow and that was about 5 years ago!

We has a blast as you can see with that little snow there was. Over night it snowed pretty heavy so we headed over to mums all bundled up to go an build a snowman in her garden.

Do you want to build a #snowman #snow #daughter #smile #happy

Abby kept stealing the hat so we gave up putting it back on eventually. Once we had made the snowman, we had lunch then I dropped the kids off at papa’s so me and mum could go to the shops – we weren’t going for anything special but we usually go up for a wonder and we always leave the boys with papa. This was the first time we left Lucy and she was fine, not sure how my dad coped with the three of them though lol think he was glad when we came back for them 🙂

I don’t think the snow will last too long, so I am glad that we have got to make the most of what did have today and yesterday. The kids are well tired from being out all day so I am hoping for an early night ===== chances are slim though, it is my kids we are talking about here!