Richard McNeil has loved three women in his life.

He feels abandoned by all three.

His wife passed away in childbirth, leaving him alone, a single father with an infant daughter. His daughter, Emily, now twenty years old, is leaving, marrying and moving away. Two months ago, Kim, his almost-fiancé, the only woman he has dated in over twenty years, left as they broke off their relationship.

On the weekend of Emily’s wedding, he is haunted by his memories. The day his wife passed away plays in his mind like a video. Stories of Emily’s childhood leave him both smiling and wanting to cry. And worst of all, his recollections of meeting, dating, and falling in love with Kim almost seem real, as if he can stretch out his hand and touch her. No matter how hard he tries, he cannot understand what went wrong between the two of them, and, although he yearns for a reconciliation, he cannot dismiss the cruel things she said to him.

His memories haunt him like ghosts, and he knows he will not be happy until they leave him be. He wants his future to be like his past, and he suspects, that it is he who holds on to his memories, not they to him. How can Richard release them? Perhaps, he finally can lay his wife to rest. Surely, he can mumble the words to give Emily away. But releasing Kim might mean giving up all hope of ever being together. How can he do that?

If you enjoy heartwarming stories with true-to-life behaviors, complicated relationships, and a less-than-certain outcome, then you will love Ghosts of Love. One Click this book today!

Ghosts of Love follow Richard on the weekend of his daughter Emily’s wedding. He has loved and lost three women in his life – Lisa his wife who he lost in childbirth, Kim who was the first woman he dated in 22 years and now his daughter who is to be married. The book reflects on Richard’s life with Lisa, and his relationship with Kim. After almost 20 years he still mourns Lisa, which Kim was very accepting of but at the same time I felt frustrated for her as Richard just cant seem to let go and move forward.

Richard fears of being along now Emily is getting married but can he put the ghosts of the past to bed and finally move on? Or is it too late to be with Kim? – a woman who is his polar opposite but ultimately the one to help him move forward.

I have read a few of David Burnett’s books now and I love how diverse he is at writing different genres. Ghosts of love was yet another enjoyable and emotional book from David. 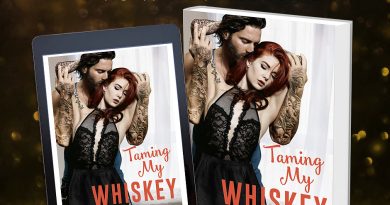