In this charming mystery series set in an ice cream shop, no case is too cold to crack!

Bronwyn Crewse is delighted that Crewse Creamery, the ice cream shop her family has owned for decades, is restored to its former glory and serving sweet frozen treats to happy customers in the picturesque small town of Chagrin Falls, Ohio. But when a big city developer comes to town intent on building a mall, a killer with a frozen heart takes him out.

After literally stumbling across the body, one of Win’s closest friends becomes the prime suspect, and to make things worse, Win’s aunt has come to town with the intention of taking command of Crewse Creamery. Even though Win has a rocky road ahead to help her friend and keep her ice cream shop, it’ll take more than a sprinkle of murder to stop her from solving the crime and saving the day.

A Game of Cones is book two in the ice cream parlour series, and I enjoyed getting to Chargin Falls with the Crewse Crew.

Bronwyn ‘Win’ Crewse finds herself investigating another murder in her small town, rather reluctantly I might add by pressure from Maisie. This time the suspect pool is vast as it was a property developer who met his untimely fate, bringing plans to build a mall in this quaint like town that saw opposition from the town shopkeeper’s association.

I had kinda figured out who had done it fairly early on, but that didn’t distract me from the story as I really enjoyed daydreaming about all these delicious new ice cream flavours that Win was coming up with – FYI there are some amazing recipes at the end of the book! 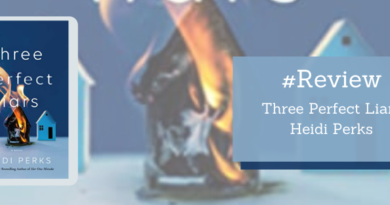