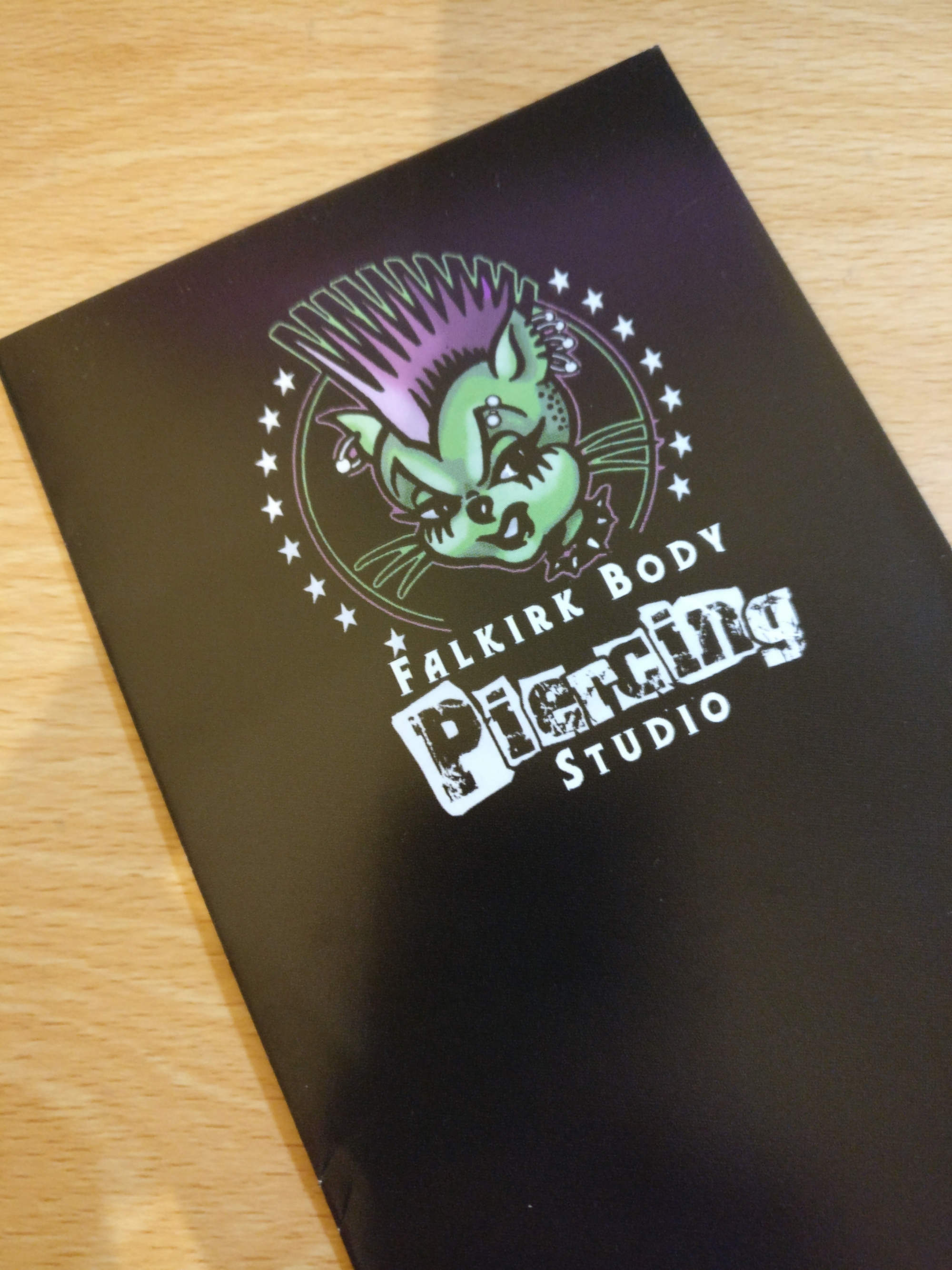 I am about 20 years to late in getting this done but ever since I got my nipples redone for Xmas from hubby, I have been hankering for another piercing but the pain from them was kinda putting me off – they were only so sore due to the scar tissue from them being pierced previously and healed for 7 years.

Anyway, I had it in my head that I wanted to get my nose done (amongst other piercings) and figured that was the safest one to get at the moment for healing times etc – and once I make my mind up about something I don’t tend to back down until I get my way.

I had went into the piercing studio where I got my nipples done but the piercer wasn’t in as she was off sick, so not to be deterred I went to the other studio in town. As I had to get it done whilst I was in the mood and determined it has to be that day.

So I popped into another studio where the guy who originally pierced my nipples all those years ago worked.

My options were gun for £12 or needle for £15 – being the wuss I am, as I was going on the pain of the nipple piercings I opted for the gun — now I know, I know – the needle is the way forward and most piercer s think that the guns should be banned and actually in hindsight I wish I had gone for the needle now as once he popped the gun he then had to push the piercing through a little which hurt way more than the gun!

Not going to lie it nipped a little and brought a tear to my eye – pain scale I would say was a 2 or 3 out of 10. It was a little bit red for the rest of the day but nothing major.

It’s been almost a week later and honestly this is one of the most annoying piercings I have ever had! It’s sore now compared to when I first got it done, the stud is poking the septum and getting clogged with snot (I have a cold) making it hard to clean (which I am doing religiously twice, if not more, a day)

I have forgotten about it being there so many times that I have almost pulled it out just by brushing my hands down my face when washing etc… That hurt like a bitch by the way. They say you shouldn’t touch it but it’s kind hard not to when it’s poking your nostril!!

I was told 10 weeks healing before changing it but think I will need to change it to a l or even a ring until it fully heals and I don’t think this is going to last long.

Don’t get me wrong I absolutely love it, it is a nice small gem stone it’s just personally to me the worst piercing I have had – to date. Will see if that’s still the case when I work my way down the list of ones I want.