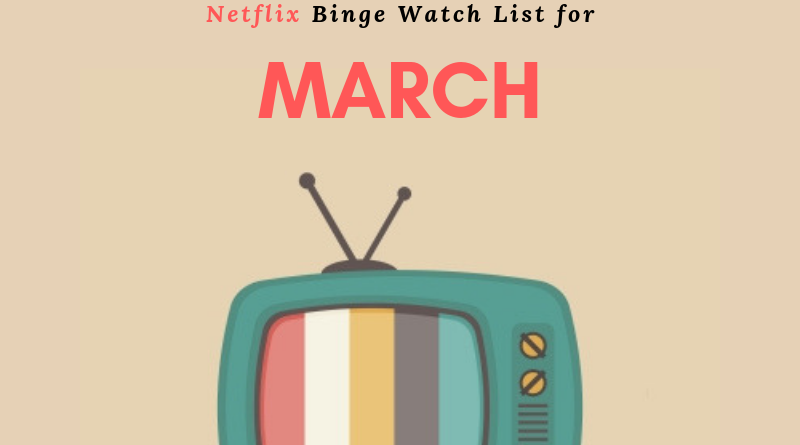 Mary, Queen of Scots, faces political and sexual intrigue in the treacherous world of the French court. Chronicles the rise to power of Mary Queen of Scots (Kane) when she arrives in France as a 15-year-old, betrothed to Prince Francis, and with her four best friends as ladies-in-waiting.

This series is based ever-so-loosely on the life of Mary Stuart, aka Queen of Scots, but it isn’t exactly what you’d call historically accurate (if at all!). They did take a lot of creative liberties but none the less the series was hit with me, making this more like a medieval version of some high school drama.
I loved the outfits, even if they are not an accurate likeness of what would have been worn. The only thing I didn’t like was the distinct lack of British actor. but hey they were all good and played their parts brilliantly.

Tony had a perfect life — until his wife Lisa died. After that tragic event, the formerly nice guy changed. After contemplating taking his life, Tony decides he would rather live long enough to punish the world by saying and doing whatever he likes. He thinks of it as a superpower — not caring about himself or anybody else — but it ends up being trickier than he envisioned when his friends and family try to save the nice guy that they used to know.

Ricky Gervais is like marmite you either love him or hate him – he has a deadpan sense of humour which actually appeals to me.
This series did have me in tears a few times as I just kept thinking about my dad.

When two children go missing in a small German town, its sinful past is exposed along with the double lives and fractured relationships that exist among four families as they search for the kids. The mystery-drama series introduces an intricate puzzle filled with twists that includes a web of curious characters, all of whom have a connection to the town’s troubled history — whether they know it or not. The story includes supernatural elements that tie back to the same town in 1986. “Dark” represents the first German original series produced for Netflix.

This was one of those shows that made you confused – all about time travel with the past, present and future all blending into one.

A police officer in a small country town finds his life turned upside down when six recently deceased residents return from the dead in perfect health.

6 people from various ages, and times come back to life. How and why is the questions that really still need to answered in my opinion. It was a good series bus still many questions and hows and whys!