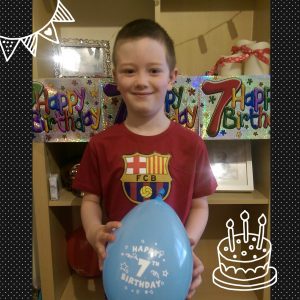 I can’t believe that my wee boy is 7 years old today! It seems like he is growing up so fast, with an attitude to boot. I love him to the moon and back again but I know we are going to clash with the attitude as he gets older.

He was so excited this morning – seriously he was acting as if it was Xmas morning or something. We aren’t doing a party this year, mainly due to cost so we are doing a cinema trip instead, Lee is taking tonight to see the new Warcraft movie – which I am uber jealous about as I really want to see it. And I am taking him on Sunday with his wee friend from school to see Angry Birds. ( Know what I would prefer to see lol )

We got him 2 Barcelona Football t-shirts as that is his favourite team, you can see him modelling one in the pic, he was so chuffed with them – I did good!

He did not bad, got vouchers for Smyths which he just cant wait to spend at the weekend – he would go right now if he could! 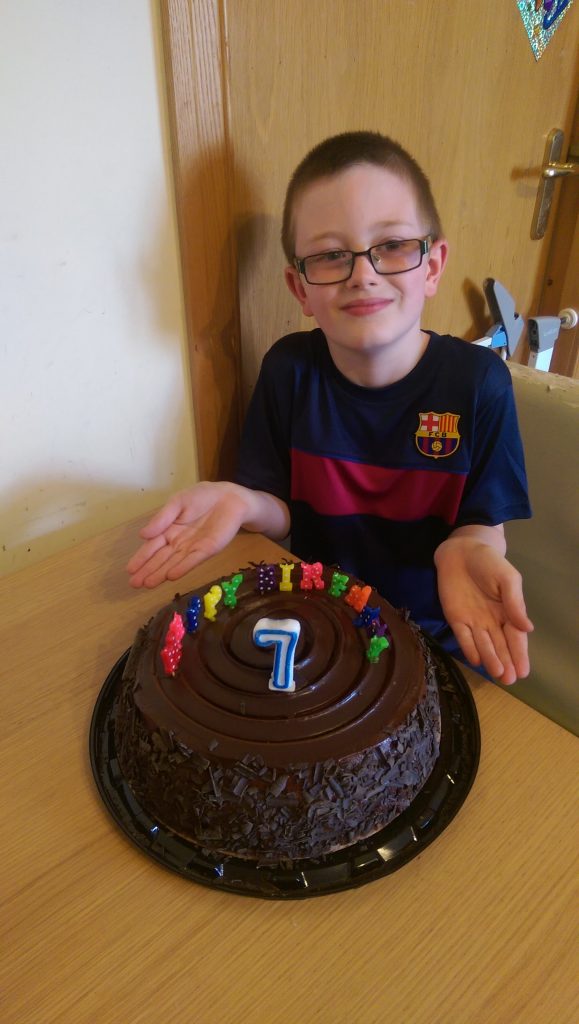 He picked his birthday cake and decided on the delcious chocolate cake from Costco! We had some before he and daddy went off to the cinema.

All in all he has a good day, 7 already!