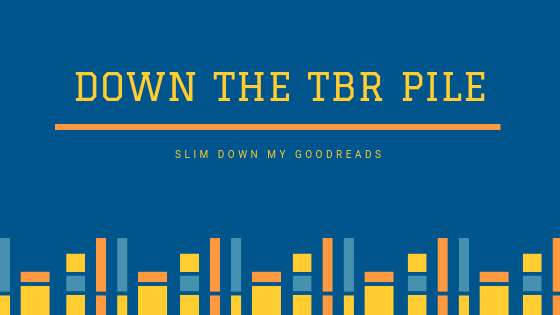 Child Of The Mist (These Highland Hills #1) by Kathleen Morgan

In the harsh Scottish highlands of 1565, superstition and treachery threaten a truce between rival clans. It’s a weak truce at first, bound only by an arranged engagement between Anne MacGregor and Niall Campbell-the heirs of the feuding families.

While Niall wrestles with his suspicions about a traitor in his clan, Anne’s actions do not go unnoticed. And as accusations of witchcraft abound, the strong and sometimes callous Campbell heir must fight for Anne’s safety among disconcerted clan members. Meanwhile his own safety in threatened with the ever-present threat of someone who wants him dead.

Will Niall discover the traitor’s identity in time? Can Anne find a way to fit into her new surroundings? Will the two learn to love each other despite the conflict? With a perfect mix of a burgeoning romance and thrilling suspense, this book is historical fiction at its best.

KEEP
This has been on my list for a while now, discovered I have got the book on my kindle so will keep for now and try get round to reading it now

Due Justice (Justice #1) by Diane Capri

Judge Willa Carson is bullet proof – except when wild justice rules from the grip of a gun.

When a famous plastic surgeon’s decomposed body surfaces in Tampa Bay with a bullet in its head, Federal Judge Willa Carson’s “little sister” is caught in a high-stakes game of greedy lawyers, blackmail and deceit. Carly Austin knew the victim too well. Does she know too much about the killer, too? Before Willa discovers the answer, Carly disappears. Can Willa save Carly from herself and the murderous conspiracy? Or have they killed Carly, too?

Free-sprited Judge Wilhelmina Carson is quick, witty and stubborn. She finds nothing is what it seems in a world where attractive women with enough money are made, not born, and beauty can cost your life. Judge Willa debuts in this fast-paced mystery filled with great characters, humor and suspense.

KEEP
This has been on my list for a while now, discovered I have got the book on my kindle so will keep for now and try get round to reading it now

Vampire Stephen Austra, a talented artist renowned for his wondrous restorations of stained glass, is one of a new breed of modern vampires. He doesn’t need to hunt, respects human life, and would never hurt a soul. But a series of appalling murders makes his lover, Helen, question her faith in him.

The Vampire’s Warden (Undead in Brown County #1) by S.J. Wright

He moved. It was a flash in the moonlight, a blur of motion like I’d never witnessed before. No human had the capacity to move like that. When I found myself face-to-face with him there in the meadow, I knew without a doubt that the journal was authentic. I knew that my grandfather hadn’t been crazy at all.

Because a foot away from me stood a vampire.

What do you do when you find out the people you trust have been hiding a terrible secret? When Sarah Wood’s father passes away and hands over to her the responsibility of running the family’s inn, she finds put things are far more complicated than she first imagined. She’s not just responsible for running the inn. She’s become the Vampire’s Warden.

REMOVE
yeah not feeling this one either

I wasn’t free of my past, not yet.

Sydney’s blood is special. That’s because she’s an alchemist – one of a group of humans who dabble in magic and serve to bridge the worlds of humans and vampires. They protect vampire secrets – and human lives. But the last encounter Sydney had with vampires got her in deep trouble with the other alchemists. And now with her allegiences in question, her future is on the line.

When Sydney is torn from her bed in the middle of the night, at first she thinks she’s still being punished for her complicated alliance with dhampir Rose Hathaway. But what unfolds is far worse. Jill Dragomir – the sister of Moroi Queen Lissa Dragomir – is in mortal danger, and the Moroi must send her into hiding. To avoid a civil war, Sydney is called upon to act as Jill’s guardian and protector, posing as her roommate in the unlikeliest of places: a human boarding school in Palm Springs, California. The last thing Sydney wants is to be accused of sympathizing with vampires. And now she has to live with one.

The Moroi court believe Jill and Sydney will be safe at Amberwood Prep, but threats, distractions, and forbidden romance lurk both outside – and within – the school grounds. Now that they’re in hiding, the drama is only just beginning.

REMOVE
I guess I am just over the whole Vampire genre for the time being so this is going, possibly return to the list at a later date as I have the book as a freebie on my kindle 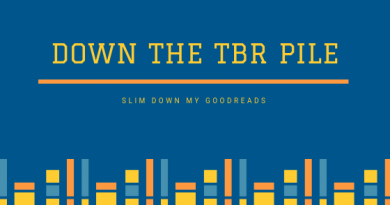 Down the TBR Hole #2

Down the TBR Pile #4