** Discloser: I received a eBook copy of this book in exchange for my honest opinion. This does not alter my review in any way shape or form. This post may contain affiliate links that I may make a small amount from if you were to purchase anything **

What happens when the player gets played?

Sidney Carver has a big problem, and he goes by the name of Dwayne “Gunner” Wicked: six-plus feet of muscular, motorcycle-riding, animal-loving deliciousness. Gunner is her boss, roommate, and best friend. They’ve seen each other through life-altering injuries and unimaginable losses, and they work side by side at Wicked Animal Rescue, fulfilling their passion to save animals. Unfortunately, Gunner is also the man Sidney is in love with, and he’s the ultimate player. As her former military comrade, Gunner sees her as his buddy—just one of the guys. Sidney is at her wit’s end, ready to risk the friendship and job she adores for a chance at forever love with the man she can’t live without. Like any good marine, she comes up with a mission. Enter Operation Get My Guy.

Gunner loves his life. He has a family he adores, a brotherhood that always has his back, and a host of willing women to warm his bed. As the owner of Wicked Animal Rescue, he saves lives and works with his best friend, Sid, the coolest woman on the planet. When Sid concocts a crazy plan to win his cousin’s heart, Gunner reluctantly agrees to be her wingman.

No cheating. No cliffhangers. Guaranteed to melt panties and leave readers hopelessly in love with the sinfully delicious Wickeds.

Melissa Foster is the queen of friends to lover troupe, with such a close nit world of her characters its impossible for friends not to become lovers over time.

Crazy Wicked Love sees the player get played and a plan snare said player almost fall through! Sidney and Gunner have spent a lot time together, in the military, in their jobs, heck they are even roommates but they have never shared so much as a kiss or their bed together!

Gunner is a player by all accounts, and he see’s sid as his best friend. He would lying if he never saw her as anything more but like Sid he didn’t want to cross that line, but his jealous side emergers when Sid asks him to help her learn to flirt to get a guy she has her eyes on. Seeing her flirt with other guys especially his cousin makes him almost see the light, and see her more as a friend, work colleague and roommate.

Do Gunner and Sid risk it all and find their happy ever after? This is of course a Foster book so you already know the answer to that! This story has it all, strong family and friend connections, an undeniable love connection and a whole cast if furry friends that you will just fall in love with also. 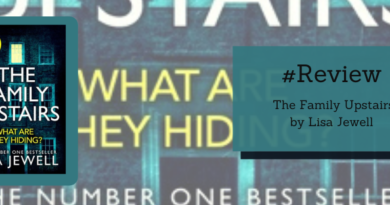