I am so tired I have been up since 6am, Lucy stirred for a bottle so checked on her went and got a bottle then when o came back to the room I could smell buring. I thought maybe something was wrong with the night light but then I noticed this strange light outside.

I pulled the blind only to see ny neighbors kitchen on fire! And I mean seriously on fire so much so that the window blew out at as I registering what I was looking at. We had to wake the boys up and get semi dressed and headed outside. 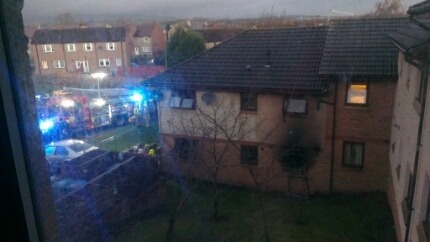 This was taken after we came back in the house. We were outside for about an hour or so just make sure it didn’t spread.

What a scary sight, thankfully they all got out as well as their 2 dogs. It all started by the son leaving a chip pan on and he fell asleep….. It could have been so much worse.

It was so bad it even melted the guttering! 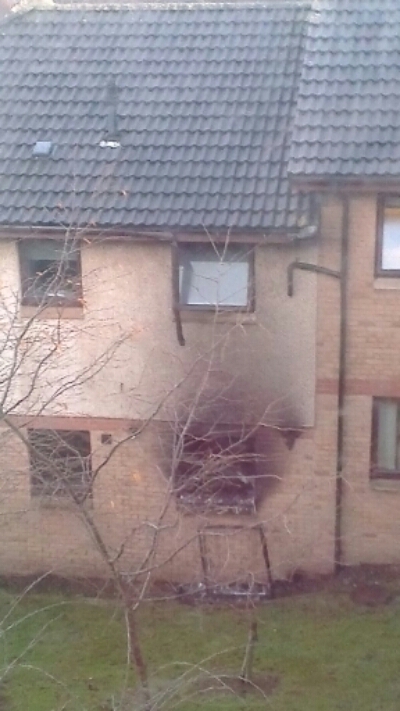 I saw George tha guy who lives there later on as I was heading out and he ess apologize to me about it and I was like don’t be daft you have nothing to be sorry about. He is pretty devastated and angry at the son which is understandable, but the main thing is no one for hurt.

It really made us think about our fire escape plan ans what we need to adjust for now that we have the 3 kids. Hope to never have to use it mind you!

One thought on “What a day!”