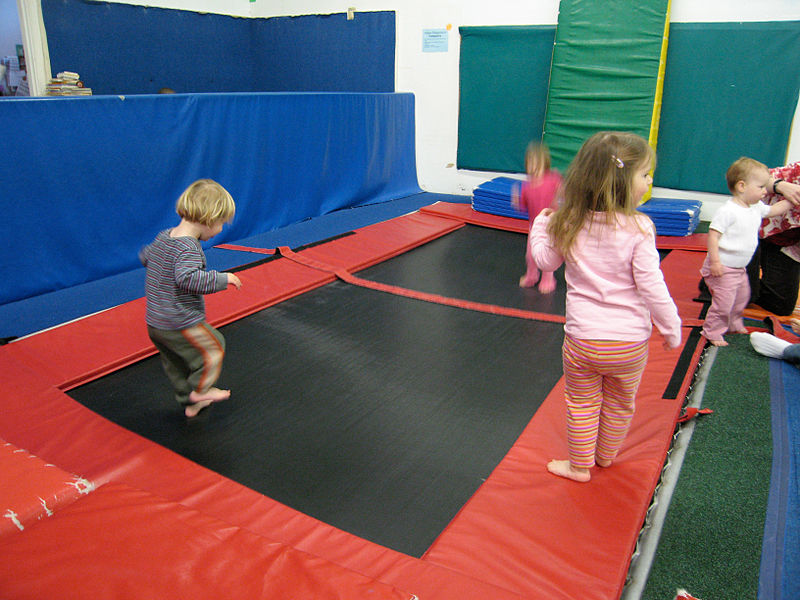 Back in the 1980s there was a popular kids show called ‘Why Don’t You?’. It was a programme aimed squarely at the idea of getting kids to remove themselves from in front of the TV and ‘go out and do something less boring instead’.

You see, it’s not a new idea that kids don’t enough activity.

Yes, there’s a lot more temptation these days for staying on the sofa, or in the bedroom. But don’t be fooled. Kids still enjoy getting out and about, doing new things that get them active.  And being active is a good thing. Being active is a healthy thing. And being healthy makes for a better way of living.

Physical exercise needn’t be about a running around an athletics track, or swimming endless lengths in a pool, or playing football on a muddy pitch on a Saturday morning. It can be fun, creative, engaging and a break from the norm.

Trampolining gains in popularity on a seemingly weekly basis in the UK. And why not? It’s a hugely engaging and enjoyable activity. After all, who doesn’t love to bounce?

Kids have been finding their way to the local high adrenaline trampoline park – of which more and more are springing up (excuse the pun!) – in increasing numbers. Something which is likely to grow more, fuelled by the UK’s first ever Olympic success.

Trampolining is a fun way to focusing on balance  and coordination, without even realising that’s what you’re doing. And an hour of bouncing at your local trampoline park each week can do wonders for your health, weight and general well-being.

Everyone likes to boogie. From the Charleston and the Jive to Latin, ballroom and breakdancing, it’s an activity that has remained popular through the ages. And in an era of Strictly Come Dancing, the Street Dance movies and the popularity of groups such as Diversity it’s as popular as ever.

Dancing is energetic, combining aerobic fitness, coordination, creativity and fun.. While it might have been a traditional thing for the girls to do – in particular ballet – these days it’s open to all, with boys and girls joining in. From the traditional to modern dance and hip hop, there are dance classes for all ages all over the UK, with all manner of styles to suit.

Guess what? Sometimes it’s good to just go back to basics. Wherever you are in the UK, you’re never far away from somewhere to go for a good, adventurous walk with the kids. Maybe a stroll along the beach, a yomp into the woods, or a brisk hike in the hills or countryside.

Walks can serve a multitude of health and well-being needs. It’s good for fitness, of course. Getting the heart pumping and the limbs moving as they were designed to do. But it’s also good for the mind. A chance to enjoy some fun family time away from the stress of work, school, and daily life.

And, don’t worry about the weather. As Billy Connolly once said, there’s no such as bad weather. Only the wrong choice of clothes.