We have come to end of my movie marathon and whilst this is last day it goes without saying that Halloween will be viewed tonight.

Synopsis:
The story centres on a young engaged couple whose car breaks down in the rain near a castle where they seek a telephone to call for help. The castle or country home is occupied by strangers in elaborate costumes celebrating an annual convention. They discover the head of the house is Dr. Frank N. Furter, an apparently mad scientist who actually is an alien transvestite who creates a living muscle man in his laboratory. The couple are seduced separately by the mad scientist and eventually released by the servants who take control.

Whilst this is not by any means a horror movie I just love to watch it at this time of year. It is campy, fabulous and a great sing a long.

Synopsis:
Based on the King Of Horror’s 1986 Best Seller, “It” is a jittery, jolting excursion into personal fear. “It” raises goosebumps-and brings out the stars. Harry Anderson, Dennis Christopher, Annette O’Toole, Tim Reid, John Ritter, Tim Curry and Richard Thomas star in this thriller about a malevolent force in a small New England town.

Nothing beats the original, Tim Curry as Pennywise will always be a great persona.

Synopsis:
When children begin to disappear in the town of Derry, Maine, a group of young kids are faced with their biggest fears when they square off against an evil clown named Pennywise, whose history of murder and violence dates back for centuries.

Ok I was one of those who cried out in outrage at their being a remake of IT – how could anyone replace Mr Curry. But I also relashied in a new fresh moive and I am glad it was done over two chapters – IT chapter one being the setting up of the Losers Gang, the kids initially deveating IT and setting a pact to return should IT every return, which leads to chaper 2 (which I still havent seen!)

Bill Skarsgård is amazing at IT and he did the clown justice.

Synopsis:
On a cold Halloween night in 1963, six year old Michael Myers brutally murdered his 17-year-old sister, Judith. He was sentenced and locked away for 15 years. But on October 30, 1978, while being transferred for a court date, a 21-year-old Michael Myers steals a car and escapes Smith’s Grove. He returns to his quiet hometown of Haddonfield, Illinois, where he looks for his next victims.

That theme tune always sends shivers down my spin! For a classic it still holds up, despite the lack of special effects which you dont need as its more about the fear factor than the gore factor.

I haven’t been a fan of the sequels in this series so this one is still the best by far.

Rating – 18 (still cant believe this an 18 compared to IT above…. but hey
Scare – 4 yeah this classic still makes me jump
Gore – hmm not really blood yeah but not much gore-gore

This post is part of my #blogtober19 series be sure to check back tomorrow for the next instalment, or click ere to view all posts 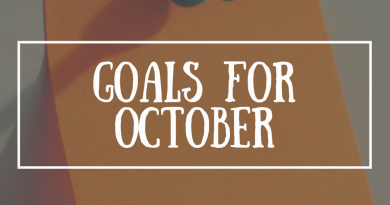